What can an expat or tourist do in the Rotterdam Weena district?

Rotterdam expat city guide: What to do around Weena?

Within walking distance of Central Station you have a street called Weena. It goes from Hofplein to Central Station and from Central Station to Beukelsdijk. Weena is known for its modern architecture and high buildings. For example the skyscraper Delftse Poort, a 153 meter high building. But Weena is more than just Skyscapers. It has lots of opportunities for expats. This guide will help you out.

Some of the most well known companies are located along Weena as it is part of the central Business District. Maybe even your employer like Shell, Robeco and Unilever. All of these multinationals are located in landmark buildings next to other unique buildings like Central Station, De Delftse Port, The Millenium Tower and Groot Handelsgebouw.

Weena 202 has not been around for that long. Since 2016 it is a new workplace for flex-workers. It also has a great menu card and is opened till 11 PM on Mon-Wed and till midnight on Thu-Sat, but its closed on Sunday.

If you are not really a nine to five person and are looking for a workplace to do some work in the afternoon, then ‘Altijd in de buurt’ located at Weena 709 might be the place for you. On mondays they are closed, but on Tuesday, Wednesday, Saterday and Sunday they are open from 11 AM to 6 PM. On Thursday and Friday they are open from till 10 PM.

After work you might enjoy having dinner. You can have dinner at the already mentioned Weena 202, but maybe you want to have dinner somewhere else. You might want to go to ‘The Hofbogen’. This place is quite unique. It has been a former trainstation. The railway from Station Hofplein led all the way to The Hague. The train doesn't ride anymore but the tenants in the viaduct keep the area rolling. Expect shops, coffee bars, restaurants and other entertainment.

More of a beer person? Then you should really visit Biergarten, Fontein or Weena. Afterwards you can go clubbing in Perron, Annabel or Toffler. Toffler is a club which is located in a former pedestrian tunnel going underneath Weena!

Want to try out your luck? If so, than Holland Casino might be worth visiting. It is one of the most well known casino branches in The Netherlands. For €20,- you can have a try out package and have a great night out without going bankrupt.

Rather spend some time with the kids? Than you might want to visit Miniworld Rotterdam with your family. It is the perfect day out for the kids. You can see Rotterdam in miniature.

Just around the corner you can play old school arcade games along modern videogames at the recently opened Poing. It also has karaoke-booths!

Hopefully we have shared some great ideas in this guide for visiting Weena during your stay in Rotterdam as an expat. Stay tuned for more tips!

As the leader of expat and student housing in Rotterdam we build a strong brand with a durable and high-quality portfolio of properties. We aim to give you total peace of mind during the rental process. With Riva you can sit back, relax and save money and time. 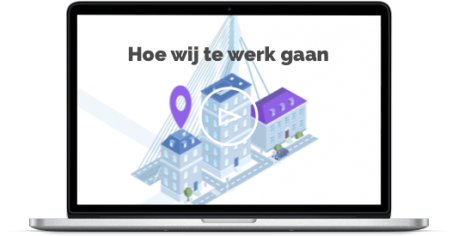